Why do we Offer Coconut And Banana To God ?

Coconut and Banana are the only two fruits in this world which are considered to be “Sacred fruits”. All other fruits are tainted fruits (partially eaten fruits). For example, the apple tree grows from the seed of another eaten fruit and that fruit is treated as tainted. In the case of coconut and banana, the shell or the sleeves is not used for anything. To grow a coconut tree, you have to sow the entire coconut itself and Banana tree grows with the sampling. This is the reason why Coconut and Banana has an important place in all religious activities. Our Ancestors had found this reality long ago and they had made it as a system which is still followed religiously.

What is the reason for doing Pradakshina Around The Garbhagriha/Moolasthanam ?

Finally, after performing all the above rituals you have to walk around the idol inside the Garbhagirha, the inner most chamber of temple in clockwise direction for nine times. Pradakshina literary means right side in Sanskrit. The idol inside the Garbhagriha absorbs all the energy from the bell sound, camphor heat and vibrates the positive energy within the Garbhagriha for a certain duration of time. When you do the pradakshina at this point of time, you tend to absorb all these positive vibrations once your five senses are activated. This vibration inside the Garbhagriha is considerably less and hence it is advised to visit the temple very often and follow the same rituals again. 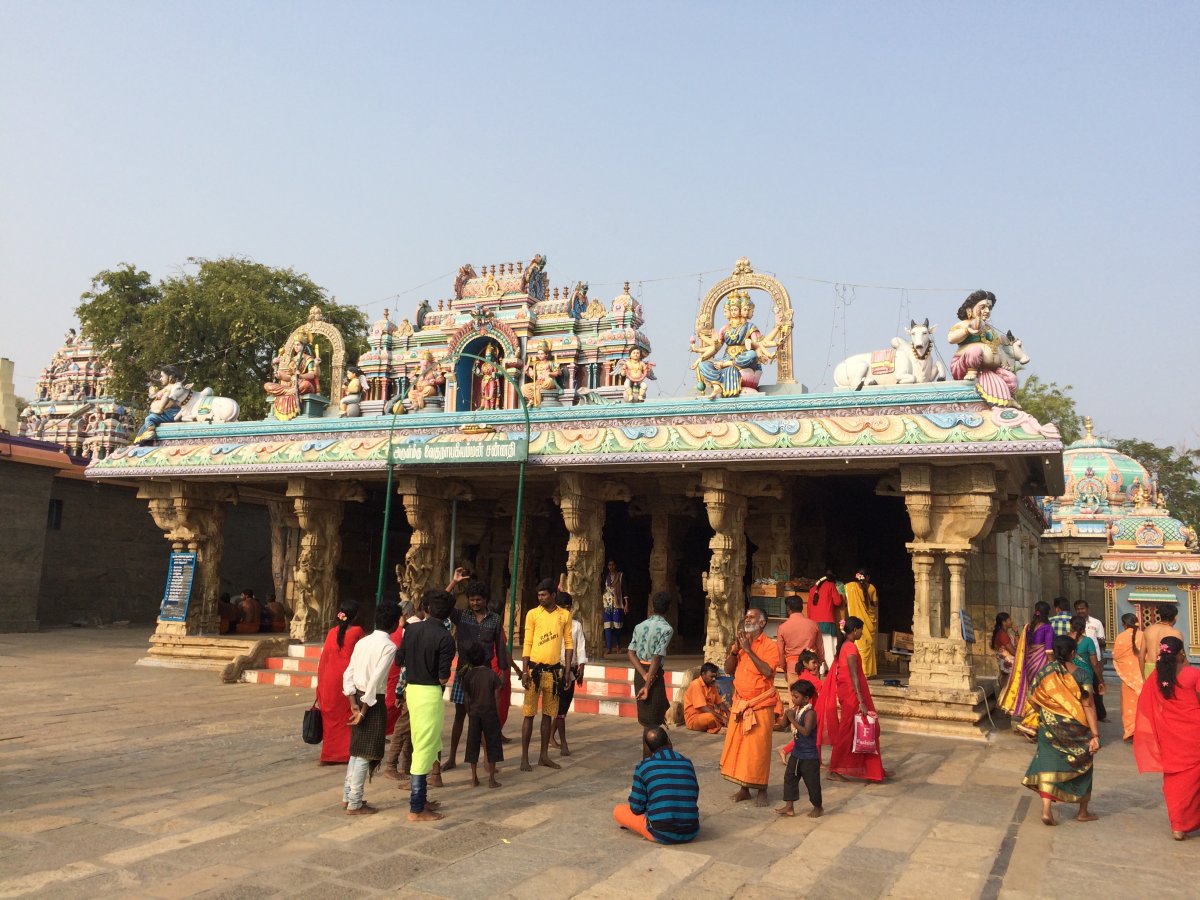 What is the reason for Applying Tilak/Kumkum Given By The Temple Priest ?

On the forehead, between the two eyebrows, is a spot that is considered as a major nerve point in human body since ancient times. The Tilak is believed to prevent the loss of “energy”, the red ‘kumkum’ between the eyebrows is said to retain energy in the human body and control the various levels of concentration. While applying kumkum the points on the mid-brow region and Adnya-chakra are automatically pressed. This also facilitates the blood supply to the face muscles.

I m concluding this series with this post as I have been collecting and drafting the details for this for a while as due to time constraints, I m not able to make it in readable format.After reading all these information, we all need to proud about our ancestors as their ultimate aim have been the welfare of their future generations .

In India , we have temples that crossed almost more than 1000 years and still we owe how it could have been built and wonder what could have been the reason for building such a big temple in a City.  The Knowledge, Wisdom and the way ahead of thinking is really astound me and they NEVER go against nature instead they tried every possible way to go with the NATURE. I really don’t know what we can do to our future generation ????????  because our ancestors gave us a better world to live with ….

Thank you all for your time and will see you with some thing interesting in my next blog.